drive for the cup 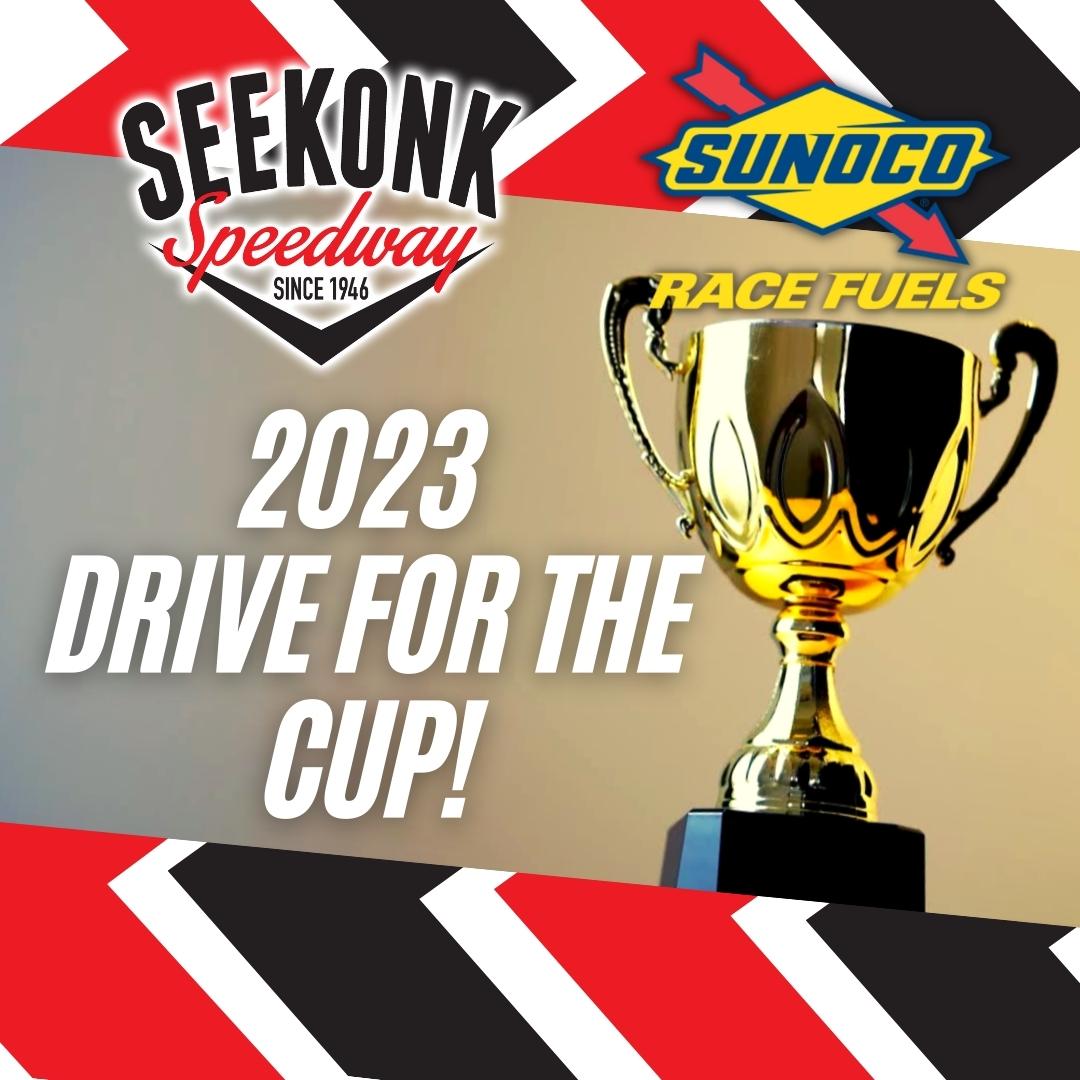 Playoffs Extended To Four Weeks; Champions To Be Crowned September 29-30


SEEKONK, Mass. – Seekonk Speedway announced today an updated format for the Sunoco Drive For The Cup at the third-mile oval for the 2023 season. After a successful first season, the Cup championship format will return with a few tweaks to further enhance the system. All nine Seekonk divisions will use the format and the champions will be crowned September 29-30 on Fast Friday and NASCAR Saturday.


Prior to the playoffs, seeding will be determined at the end of August when the regular season ends on August 26-27.


Beginning for the new year, the playoffs will move to a four-week format, all throughout the month of September. The first two rounds will move to a points format in the Elite Eight on September 8-9 and 15-16. The first two weeks of the playoffs will include a points format to determine who will move to the round of six. The number of cars in the playoffs in each division will remain the same with eight in all divisions other than the Bandoleros, who will have six. The Elite Eight will include playoff drivers racing for playoff points inside those two events. The highest six amounts of playoff points after those two weeks will advance (five in Bandolero divisions).


Heat race points will be given at 5-4-3-2-1 values for those who finish inside the top-five and feature points will be given to playoff finishers 10-9-8-7-6-5-4-3 (three is lowest finisher in the race) in the order in which they finish. If a race is rained out, only points that are counted for features and heats will count, as there is no rain date in this round. In the event of a tie, Seekonk Speedway will fall back on the points at the end of the regular season with the highest finishing of the drivers advancing to the next round.


For all events in the Sunoco Drive For The Cup, Seekonk Speedway’s General Rules and Technical Inspection rules are in effect. For all playoff rounds, the qualifying and feature lineups will follow the same format as they did in 2022. The first in the lineup will be those who qualified through heat races but are not playoff cars. The qualified playoff cars will line up next based on a blind draw. The highest of the points drivers going into the race will draw first for the starting spot, followed by second, etc. Nothing from previous rounds/races in the playoffs matters when it comes to lineups. Similar to last year, the lap distances for the first round of the playoffs will be as follows:


The second round of the playoffs, September 22-23, will be the Super Six. In this weekend of racing, all divisions expect Bandoleros (five) will have six cars. The highest finishing four in each division in this feature race will advance to the Championship 4. Points in previous rounds or the regular season will not determine who advances. At the end of this round, Seekonk Speedway will have nine divisions with four drivers in each to race for the title.


Lap distances in round two are as follows.


D. Anthony Venditti Championship Weekend will take place on Friday, September 29 and Saturday, September 30. The highest finishing of the championship drivers will be crowned the track champion for their respective division, just like 2022.


The lap distances for the finale will be as follows:


NASCAR and track points will run from opening day right through to the end of the season. This means a driver could still run for NASCAR National, Regional and State points and their weekly point totals will still be accumulated with no changes.


In the event the final race cannot be completed due to unforeseen circumstances on scheduled date and rain dates, the champion will be decided by highest points total of remaining championship cars. Seekonk Speedway will honor the winner of the Drive For The Cup as the 2023 track champion in their respective division. Seekonk Speedway will continue a points grid, recognizing drivers from both Fast Friday and NASCAR Saturday all year. The points grid will start opening day and end on September 29-30, just like the playoffs will.


The playoff system will not impact Seekonk NASCAR state points of the INEX National points. Those are separate from the playoff system and will be determined using the regular points format throughout the season.


Points through the entire regular season and playoffs will be honored in the same manner as 50-48- 46-44-42 & through the field. At the end of the final race of the playoffs, there will be a final points grid that includes the point totals from the entire season. The winner of the Drive For The Cup will be the Seekonk Speedway Track Champion and be awarded first place, while positions second on back will be determined based off overall season totals. For example, if car 17 finishes second in the last race of the season and they were in the playoffs, car 25 may end up second in points, because they earned the most points during the season of the others in the division who were not champions.

For more information on Seekonk Speedway, visit SeekonkSpeedway.com and follow the track on social media for the latest updates.